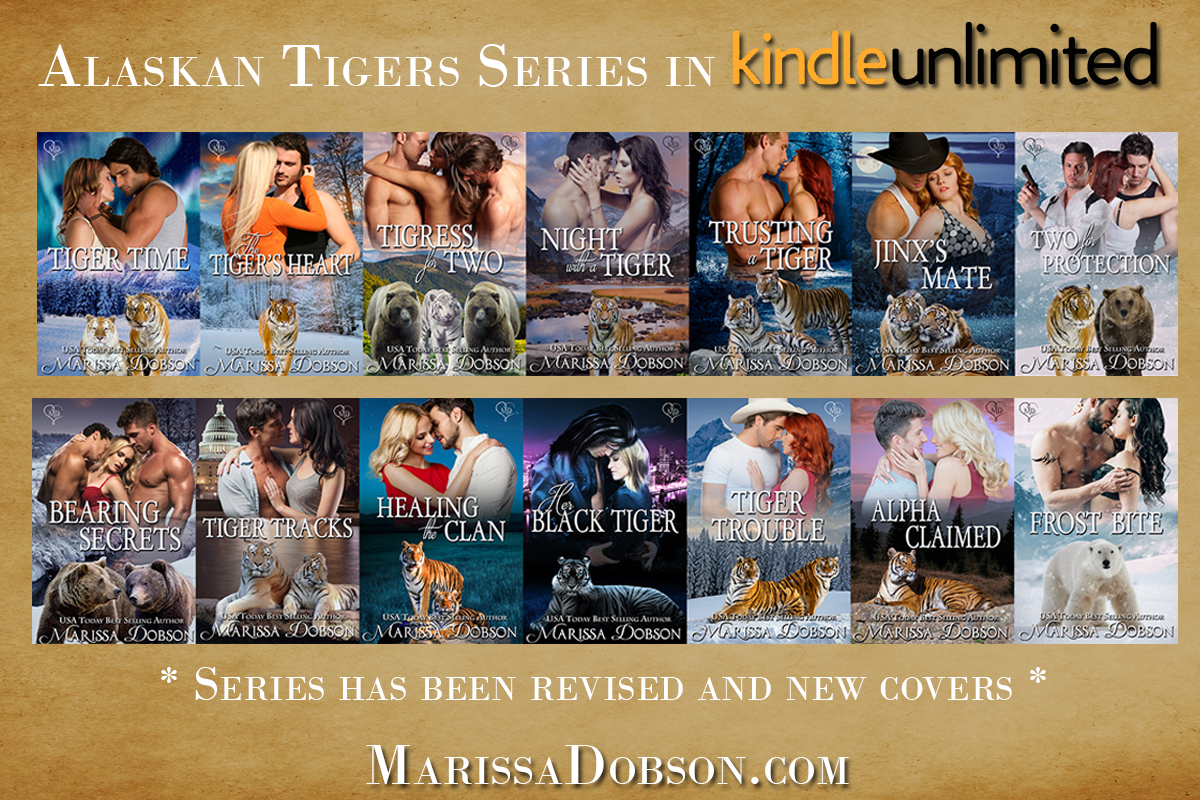 Over the last few months I’ve gone through the books in the Alaskan Tigers series. They’ve been revamped, editing issues have been resolved, and they have new covers.

Now with them all back on Amazon it’s the perfect time for the release of Frost Bite and for a free book—Alpha Claimed (link below).

After the murder of his parents, Frost splits his attention between raising his sister and making the world a safer place for her. When the chance to join the Shifter Peace Keepers arises, he can’t pass up the opportunity. He never expected his first mission to bring his mate into his life.

When the lone wolf shifter Alicia Huntington has worked for is murdered and a group of dangerous shifters are suddenly after her, she’s left with no choice but to contact the Alaskan Tigers for help. Being a human surrounded by shifters, Alicia never expected to find the family connection she’s longed for.

Frost and Alicia each have something the other is missing. They balance each other out, but they both come with baggage.

Can they let go of the past in order to accept what is in front of them? 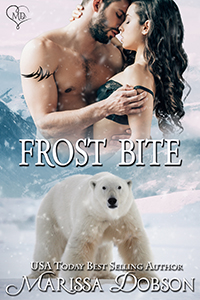 As the new Alpha of the Ohio Tigers, Korbin, has his work cut out for him. The small clan size and numerous threats leave him with few options. Rather than merge with another Alpha, he fights to give them a brighter future. By making his clan a haven for those escaping enemy Alphas, he ensures it would grow in size and strength, but will this bring its own set of problems? Then, when his mate shows up, he never suspects the biggest obstacle he’d have to overcome is a human sheriff right in town.

Years ago, Layla Cole’s father promised her hand in marriage to the town’s sheriff. For nearly a year, she allowed him to court her but as her twentieth birthday looms, she realizes she can’t go through with it. She might have gone through with the wedding were her father still alive, but he died at the very hands of the man she’s supposed to marry, leaving only hatred flowing through her veins for him. Not going through with the arrangement puts her sister’s life in jeopardy. Somehow, she must find a way to keep them both safe.

Battered and wounded, Layla turns to the only people who might protect her against the sheriff. She wants simply to get out of town, but finds way more than that: a chance at true happiness. Can she survive the battle between sheriff and shifter, or will she end up losing the only thing she’s ever wanted? Will Korbin’s duty to keep his mate safe doom his clan? Finding balance between responsibility and love has never proved so challenging.

Grab your FREE copy of Alpha Claimed on Amazon