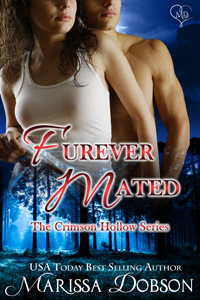 Romancing the Fox: Sinopa refuses to live among the tribe and produce cubs, but to appease her family she agrees to Garret Fox posing as her fiancé for a week. The ploy backfires when an undeniable attraction manifests between her and the predator. Is he meant to be her mate, or is her life in danger?

Loving the Bears: Ari and Kaden always knew they’d share one mate who would complete their unique bond, but when they find Camellia—the right woman to satisfy them and their bears—they must help her overcome her past before she can accept the truth.

A Lion’s Chance: After a near death experience, Ginger Fox takes off to visit her brother, who recently mated with the Deputy of the Crimson Hollow Tribe. Meanwhile, Liam O’Neil catches Ginger’s scent and he can’t stop himself. With the help of a little boy who needs them, Ginger soon realizes there’s more to life than touring the country, but is she ready to settle down with a lion?

Swift Move: When the tribe sends Brett Oaks to bring home the runaway Swift, he has no idea she is his mate. Now he has to overcome her terror and need for revenge before he can claim her as his own.

Purrable Lion: When Captain Noah Jones, is sent to investigate recent attack near the tribe he expects to find carnage—just like with previous attacks. What he doesn’t expect is to find her, his mate. Karri Mallory not only finds herself in the wrong place at the wrong time, but if she wants to stay alive she must put her trust in the very people The Saviors are hunting.

Bearly Alive: Jase, Chief of the Crimson Hollow Tribe, has stood aside, watching Becky deal with the demons of her past while and open her heart to shifters—but when his bear alerts him to the peril she’s in, it’s time to intervene and protect his mate. He must claim her now or risk his bear going rogue to eliminate the threats to her and her son.

Saved by a Lion: With a bounty on her head Arlene Mallory wants revenge but before she can get it The Saviors find her. Chained in a cellar she vows to take the information she has to her grave and it will be a painful journey. Roger is tasked with finding her, but he’s doing it for more than his tribe—she’s his mate. Will he find her before it’s too late?