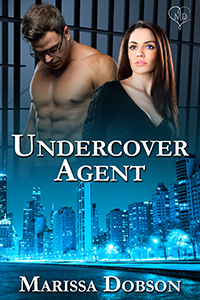 Separated by iron bars, murder, and hatred, can two lovers find a path to reunite them again?

After six months undercover, Paxton Payne’s cover is blown, landing him in the most unexpected place—prison. Unable to convince anyone he isn’t who they believe he is, he’s forced to fight to stay alive. Living in hell, there is only one thing keeping him going, the woman he left behind. He doesn’t know if she’s alive or what the Nitti family might have done to her. Even if she’s unharmed, she doesn’t know who he really is, leaving her no recourse to find him.

After the FBI busts in and hauls off her boyfriend, Bianca DeMeo’s life turns upside down. After finding out the man she’s in love with isn’t who he claimed to be, she isn’t sure it could get worse, but it does. The only family she has left sees her as a traitor and wants her dead. Concerned about the innocent man she loves spending the rest of his life in prison, she goes to the one group that can help her—Phantom Security.

Three months in prison has left scars that will never go away, but can Paxton move past them? Torn between betrayal and love, can Bianca let go of the fear their relationship was built on lies and move forward with their future?